I am reading an article, featuring photographs and a journal belonging to Marvin Lazarus. He made it a huge goal to photograph famous artists in their studios, homes or at exhibits. He kept a journal and kept notes of conversations.

“It feels like Monday. Every once in a while I wonder what drives me so.  I am haunted by the thought that someone else will do what I’m doing first.; although I’m not sure what I’m doing.  I feel I should keep pushing, that the pictures are not going to become famous by sitting in my house. Yet I’m getting pretty tired. Carrying a full daytime job and trying to do real photography just at night is beginning to wear me down. I think my showing motor needs a little gasoline of success.  I wonder how artists painting year after year without success and without recognition, can keep going. Are they driven by a dedicated spirit within them, or are they too old, too untrained to do anything else? Have they invested so much of their lives that they could not live with themselves if they surrendered? Which takes more courage: to continue to paint or to admit failure? Is it dedication or pride that drives a man?”

Then in January with an artist named Janis he notes a conversation.

“A painter,” said Janis, “should do anything from laying bricks to selling shoes to support himself, but he should never try to make extra money within his own profession.  If he does, he will probably never paint again  – he will compromise and settle for money.”

I think both entries can be applied to writers, so, I am sharing.

Janis Sanders is an accomplished oil painter, who has won awards for his unique painting style. His work is done with a palette knife, often en plein air. He melds elements of American Realism with Modernism/Impressionism for a dramatically contemporary visual result. He works to convey light glancing on a surface to communicate the spirit of place of each singular American setting. He paints muscularly, enthusiastically, vigorously outdoors throughout the year, from the rugged coast of Maine to the verdant marshes of the North Shore of Boston, to the quiet sand dunes of the Outer Cape. Janis is represented in galleries throughout New England as well as Sante Fe. His work hangs in prestigious collections in the United States and overseas.

“In the late ’50s and early ’60s, attorney Marvin Lazarus (1918-1982) would periodically sneak out of his Manhattan office, cameras hidden under his clothes, to photograph some of the 20th century’s best-known artists (among them Franz Kline, Marcel Duchamp, Louise Nevelson and Alberto Giacometti).

Before You Go I have 3 Titles for Sale at Amazon. 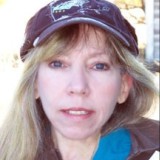